Gérard Oury loves fables, vaudeville in films, and antagonistic pairings of actors. He shot The Mad Adventures of Rabbi Jacob with Louis de Funès in 1973. The portrait of an era, the script was written at the time of aircraft hijackings by Palestinians and the hostage-taking in Munich. The film was released two weeks after the start of the Yom Kippur War. This tale of lessons in tolerance attracted over 7 million viewers in France.

“The idea here was to replace a hit movie, whose comic power relies on a satire of racism and anti-Semitism, within the context of the Arab–Israeli War that marked the early seventies. The film compiles numerous archive documents, shedding light on interviews with a number of personalities.” 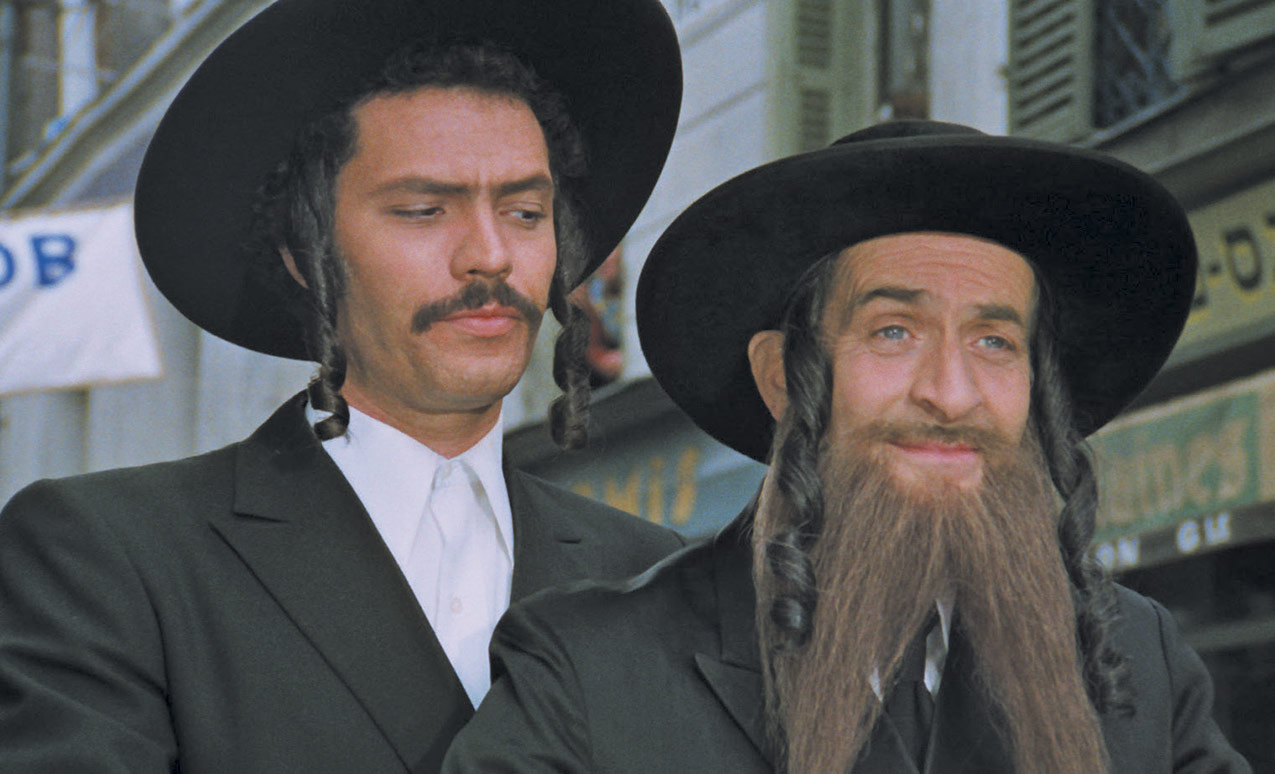